Homebrew, cordials, cheese, dehydrating, smoking and soap making. An area for all problems to be asked, tips to be given and procedures shared.
Post Reply
3 posts • Page 1 of 1

I understand that relying on natural yeast is a hit and miss approach but I’m attempting to follow my grandma’s recipe that she’s used for years and has been largely successful (in fact just the other day we cracked open a bottle that was bottled in 2016 and was delicious!)

I used 7 elderflower heads, 570g sugar, 1 gallon of water (cold but boiled originally), 2 lemons and white wine vinegar. Left to infuse for 36 hours and then bottled (into sterilised with boiling water)

I have now left them for 2 months (the recipe says 6 months!!) and there’s still lots of bubbling going on with the expected sediment at the bottom. In both bottles there’s now a build up of surface foam with some yellow bits in the neck of the bottle; is this something I should be worried about? (I’ve included pictures to help) I’m also thinking that I don’t want to leave them much longer as if they are still bubbling it won’t be long before they are in danger of exploding. Would they be ok to drink now and if so I’m assuming it’s as simple as refrigerating then pouring the liquid through a cheese cloth before serving?

Any help and advice would be greatly appreciated! 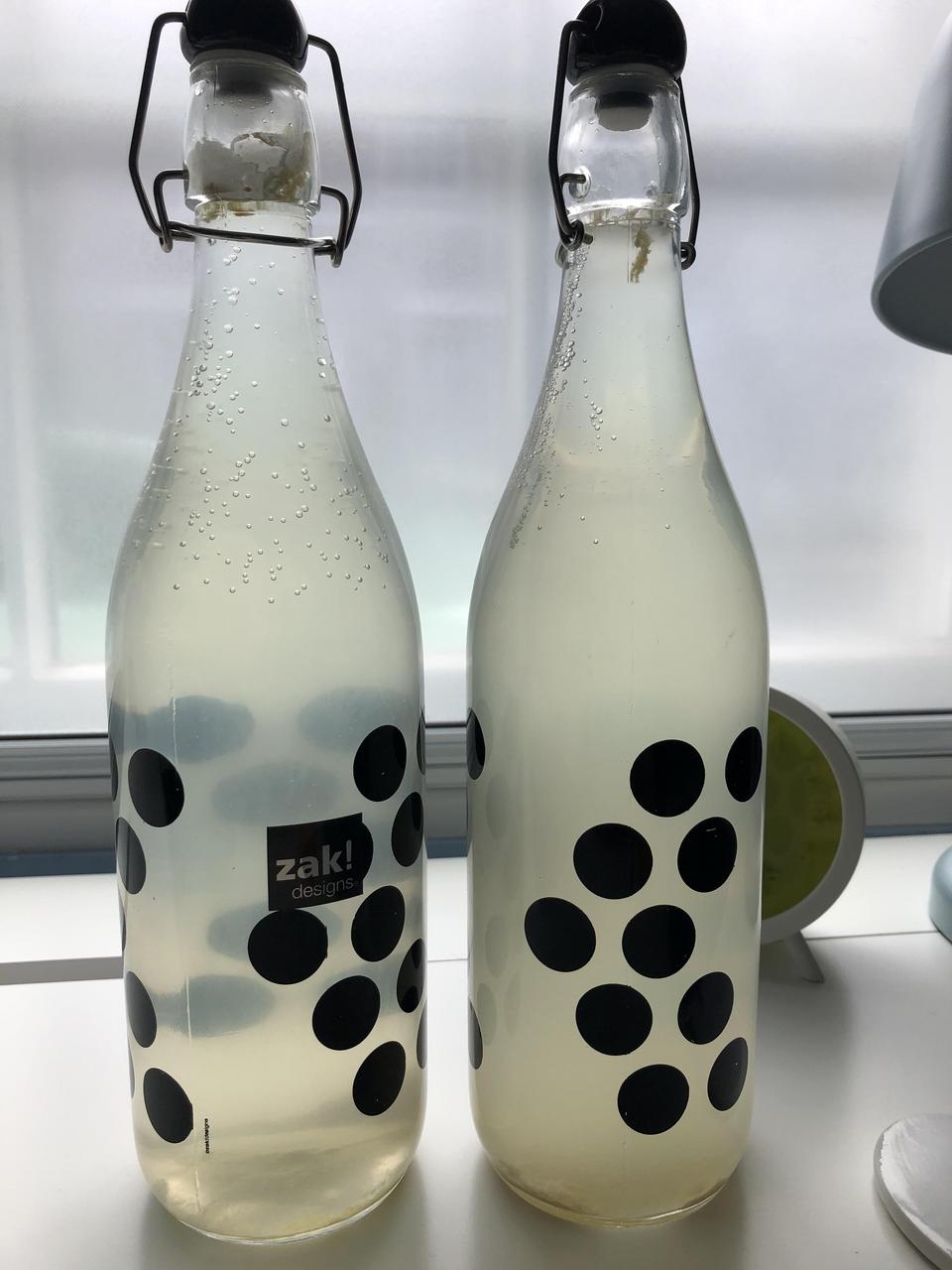 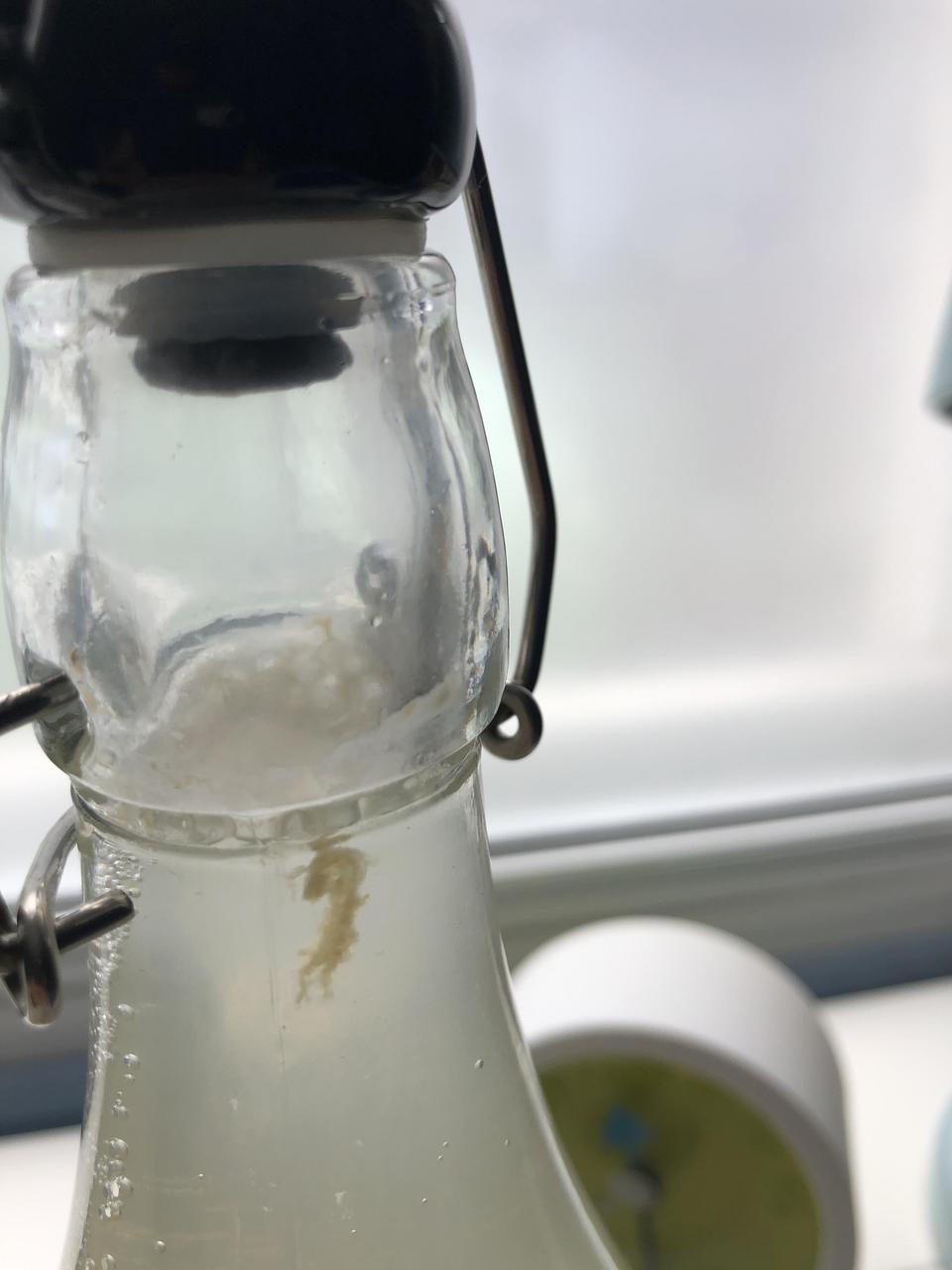 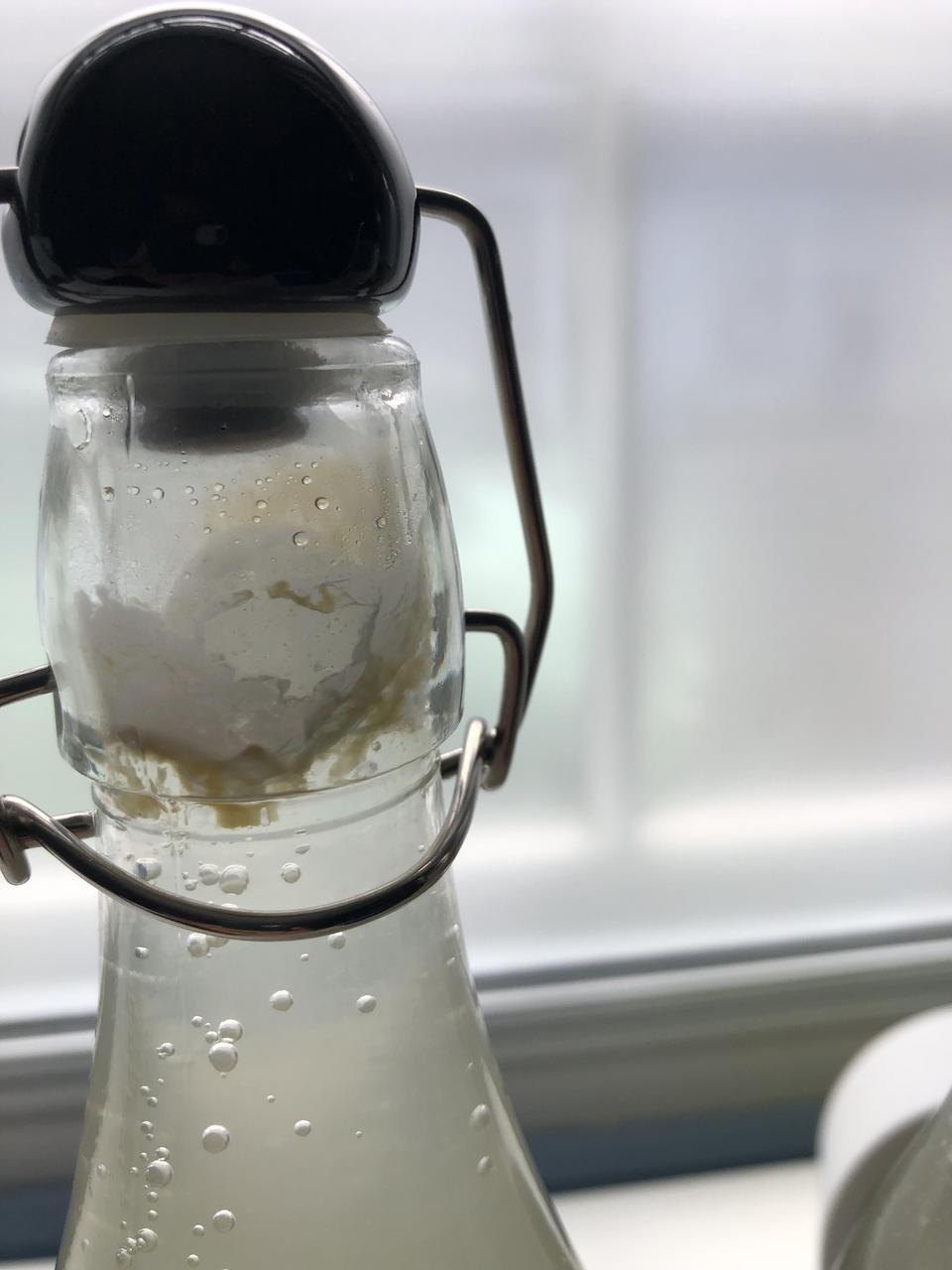 Re: Elderflower Champagne Question (with pictures)

It looks like a few strands of elderflower might have got through, but it's difficult to tell from a photo - even a close up. They wouldn't necessarily be obvious when you bottled it but the bubbles will have pushed them all up to the neck, where they've stuck. If it's still bubbling it should still be producing the good yeast, I think.

I'd leave it for the allotted time - if it is anything untoward it will grow and be obvious, if just a few petals nothing will change. If, on opening, it smells in any way other than how you'd expect then dump it and chalk it up to experience - we've all been there.

Re: Elderflower Champagne Question (with pictures)

Thank you for taking the time to respond; I appreciate your advice. I will endeavour to respond in a few months time when hopefully all will be well!
Top
Post Reply
3 posts • Page 1 of 1

Return to “Home Brew and other Country Skills”