Due to popular demand, here is the section to discuss everything to do with our pets. Please remember though to post any queries regarding pet livestock in the livestock section as you are more likely to get the right response there!
Post Reply
18 posts

I regularly wash my Dog in tea-tree & sea salt concoction. He wears a flea collar (which is two months old, and taken off before washing)... Yet he's now scratching like a mad thing. I checked, and yup...Fleas!

I need frugal and safe ways of riding my pet and home. I really hate the damn things, and they love me. Long story, but my hatred and fear is valid. *shudder*
Top

Hi Sammy, I don't know about frugal, it is never easy getting rid of fleas. Do you know someone who has one of those steam cleaner things for carpets and curtains, the heat of the steam kills fleas in the carpet and other places. Johnsons do a spray based on natural pyrethrum which is an efficient killer but degrades quite quickly, I think they do one for the dog and one for the home so you could spray when the kids are at school if you go that route. The only time my dogs have ever had fleas was when I moved into a house where cats had lived, I found a lot living in the hot press so I sprayed that and managed to get rid of them. I used a garden version of pyrethrum because it was cheaper and I couldn't see how much damage it could do to my place, it was the garden friends or something, you mix it with water and put it in a spray bottle, no damage done to anything, but then I never have anything other than shabby chic (more shabby than chic though), went through the place with the windows wide open and went out in the garden for a few hours. I am not sure of the efficacy of flea collars, I used to sell them in my pet food shop and I think they run out of puff after a while, don't like those spot on things because they go into the animals system. Good luck with the infestation, I hate them too
Top

Garlic is supposed to be good at keeping fleas at bay. I add some to the food for my cats and dogs, and not seen a flea for ages. I hjust wish it worked for ticks too!

One downside, cats got so used to the taste, They dug up all the garlic I was trying to grow!
Top

Had a similar problem last year with the cats..

Anyway, once you've got fleas in the home you need to kill them to be rid of them. And they'll be living in the cracks and soft furnishings.

I can recommend the following, it worked for us:
- masking tape (easiest way to catch them when you see them)
- Acclaim 2000 (I bought mine from Amazon), to spray round the skirting
- Fortefog Midi (also bought from Amazon), seal up the fish tank (clingfilm and the masking tape), remove batteries from smoke alarms, evacuate the pets, light blue touch paper and retreat to the pub for the afternoon

It isn't frugal by any means, almost £30 for the spray and enough smokes for the average house. Plus the spot-on treatment. Plus the bar bill. But one treatment was enough for us, and you have to do house and pets at the same time for it to be effective.
Curently collecting recipes for The Little Book of Liqueurs..
Top

I used lures once and they worked pretty well in combination with extensive cleaning (a cat got into an unused part of the house and then died and went unnoticed for months. The fleas took over that part of the house, there were so many when we opened the door that you could see them leaping about in a swaying mass. I loathe them too)

Each lure was a hot water bottle wrapped in a sheepskin rug. When the fleas moved onto the rug, the rug was machine washed. It worked very well for us, but we didn't have a dog. Maybe they wouldn't move onto the hot rug if there's a real dog available.

I was told that basic ant killer is a vicious solution. On the carpet and furniture. stripped beds and curtains. Do the ususal locked room exit the house and don't come back for an hour then open all windows and vacuum thoroughly. But I think we need the advice of a good chemist. Before doing this one as ant killer has pretty powerful chemicals in it.

On the issue of animals for research "The question is not, 'Can they reason?' nor, 'Can they talk?' but rather, 'Can they suffer?'" Jeremy Bentham
Top

How big is your house?

Get a stronger hoover


You're only jealous because you can't do that - but if youdo, provide photographic proof
Top

The wife refuses to take the picture 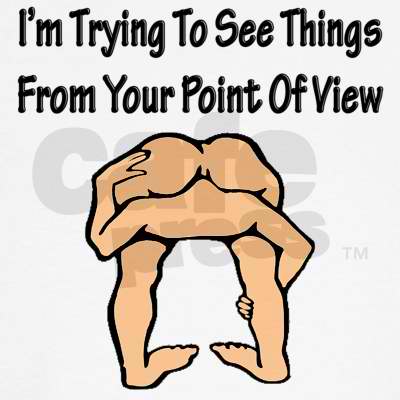 Fleas are tricky, remembe to hoover around all the edges of the room they like to hide down in the carpets.
I was warned off giving garlic to my dog cant remember why, but might go back to it again, smells better than the "carp" he eats when out!!

"no-one can make you feel inferior without your permission"
Top

....and the one thing that relly helped was a steam cleaner for the carpets, Bought one for about £40 from that catalogue shop A***s
"no-one can make you feel inferior without your permission"
Top

Has anyone had success with diatomaceous earth?
Top

sda wrote:Has anyone had success with diatomaceous earth?

I use it to kill lice on the hens and dust their perches and nest boxes, don't have any problems with red mite since I started using it 4 years ago, you have to be a bit careful about breathing up the dust, can't see why it wouldn't work for fleas
Top

A flea treatment has to be applied every month - what would be the consequence of applying it a week before the next due date, i.e., after three weeks?
Top
Post Reply
18 posts