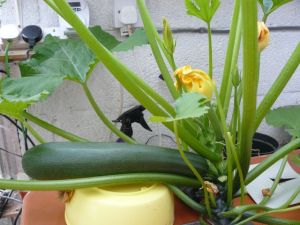 At first glance hydroponics is wrong, plain wrong, how can you grow anything other than water lilies in water. After all, read any gardening book about container growing and they will tell you that overwatering plants is a death knell for them, that a water logged pot plant will keel over in a very short time. Yet hydroponically grown plants spend their whole life in constant contact with water, so what’s going on?
Most plants that we are interested in growing for food, lettuces, tomatoes and the like, need certain conditions to grow successfully. Those conditions are oxygen, water, and food, plus warmth and light, pretty much the same as all life, including us, so provide those things and plants will thrive. Take any one of those away and the plant will die, just like our waterlogged pot plant suffocating because the water has replaced the oxygen from around the roots. So the requirements of growing hydroponically MUST provide oxygen for the roots, food is easy … just put some fertiliser in the water. Heat and light is usually from the sun, same as your garden plants, and water … that’s pretty self-explanatory really.
There are basically three different ways to grow hydroponically, each one has its own benefits and drawbacks, but each one will work for most vegetable plants although some plants are better suited to a specific system.

OK, so now it seems it is possible to grow plants in water, but why would you want to? Surely it’s much easier to grow your plants in the garden just as nature intended, with oxygen readily available, water conveniently supplied by passing fluffy clouds and fertiliser that you supplied in the spring, all the requirements for a plant to flourish.

When I first discovered that it is relatively easy to set up a hydroponics system at home, one of the attractions was that it can be left to its own devices and as I have an OH who insists on us going away for days on end every now and again, it sounded like a solution to the perennial problem of watering plants while you go on holiday. That was enough for me to buy that commercial unit just to see if it really worked, how it worked and if I’d just wasted my money. The tomato plants I grew duly flourished and produced fruit the same as those growing in the greenhouse border, but when it came to tasting them I was amazed that the hydro ones were a lot tastier than the soil grown ones. Not only that, I could leave the unit working away for a couple of weeks without attention. That had me really hooked and I tried various different plants for the next three years until I decided that it was time that I admitted that it did work, and I could see how it worked, but I’m still undecided about whether I wasted my money.
I did find out that the tastier tomatoes are not necessarily guaranteed as I found out that it very much depends on the variety, some taste better and some others taste better soil grown. The thing that is most striking about all hydroponically grown vegetable plants is they grow faster, they mature earlier and the produce is usually a lot bigger. This is understandable when you consider that you are delivering all the nutrients the plant needs and a constant supply of water direct to its roots, without the plant having to first grow an extensive root system to look for them itself.
There are of course no weeds, a good enough reason in itself, but it gets better, no slugs! (assuming you have built your system off the ground), the only pests are air born ones and they can be controlled by various means. Another benefit is that all three systems are usually off the ground, which means gardening at waist level or whatever level you decide, a boon if you suffer from a bad back.

There must of course be a downside to all of this, and the most obvious one is the complexity. The 3 systems above are in order of complexity and while the first one is very easy and the second one, especially if you go the commercial route is just as easy, but both require you to do something you’re not used to doing, to think differently. It’s a lot easier to carry on planting in the soil, either in the garden or in containers, than to do something akin to alchemy. Also while talking about easiness of conventional gardening; it’s relatively easy to grow organically in your garden where it’s not so easy to grow hydroponics organically. Another downside is cost, cost of yet another piece of gardening equipment and also running costs. The Nutrient Film has a pump running all the time, but it is a very small pump and the Flotation Tank has a very small aquarium aerator, so not that expensive in electricity. My bigger Ebb & Flow has a fairly large submersible pump which is rated at 400 watts, but as it only runs for a total of 15 minutes per day it’s not that expensive in the scheme of things.
Another point is that a hydro system is a lot better sited under cover. The commercial unit is not a problem in this regard as it would be right at home in any conservatory, or even on a (wide) sunny windowsill indoors. The other two though are better suited to a polytunnel or greenhouse, or a lean-to roofed structure, at least to make it safer for electric connections but also to stop the rain from diluting the nutrient. Mind you, if you have the facility to set up a system under cover then it’s an easy step to then keep air born pests off your produce as well as the slugs and snails, so even drawbacks can have benefits if you look at it the right way.

Another benefit from siting a hydro unit under cover is that you can then totally control the growing conditions if you so desire. If running costs are not a problem then heating and grow lights can extend your growing season for the whole year, although unless you have a wind turbine it might be only practical for the smaller two systems.
As I noted earlier, I have played with the commercial unit for 6 years now and the full blown ebb & flow system for 2 years. My fairly scientific approach has been to grow many different varieties of vegetables, two of everything, one in the hydro and one in the soil and compare the results, all aspects including taste. Tomatoes are the biggest difference I think, some tastier grown in the hydro, some not, but the fruit is so obviously bigger and the trusses heavier in the hydro. Cauliflowers also grow well, but are exactly the same as soil grown ones but without its resident slugs. Lettuce grow very well in the flotation tank, quick growing which makes them tender and juicy and an added benefit to the first two systems is that you can add an aquarium heater to the tank and keep the nutrient at a steady warm temperature, making it easier to grow plants in cooler weather.

I haven’t grown every plant that others have noted as being suitable for hydro growing. The ones I have grown successfully are; cauliflowers, cabbages, calabrese, lettuces, spring onions, turnips, beetroot, onions*, peas, radishes, tomatoes, cucumbers, courgettes, melons, carrots*, peppers* & strawberries.
*I’m not sure I would grow onions seriously in a hydro system unless you are unable to grow them outside, I just plonked an onion set in the medium to see what it would do, it grew to a huge size.
*Carrots were the ball type Paris Market because there is no depth of “soil” to speak of, which also precludes other root crops such as parsnips.
*Peppers are the only plant I have had problems with. They grew very well in the Nutrient Film unit but are a bit hit and miss in the Ebb & Flow. I have no real idea why, except the Nutrient Film has a heater in the water and peppers may well prefer warm roots to the possibly chilly Ebb & Flow.
Strawberries grow very well, but I consider it’s best to grow perpetual fruiting ones. I plant in the hydro in the spring and when they throw runners I pot them up to replace their parents for the next year, this way they fruit continuously from May to November and I have a continuous supply of new plants.

Regarding pests, brassicas and especially turnips are still very susceptible to root fly. This came as a bit of a surprise to me as I thought being periodically submerged three times a day would drown any root fly larvae, but they must be made of sterner stuff. It’s easy to stop them of course by the barrier method.

That’s about it for now, maybe there will be more parts with each system featuring in greater detail, plus my latest venture to produce my own organic nutrient, but that depends how much time I can spare. 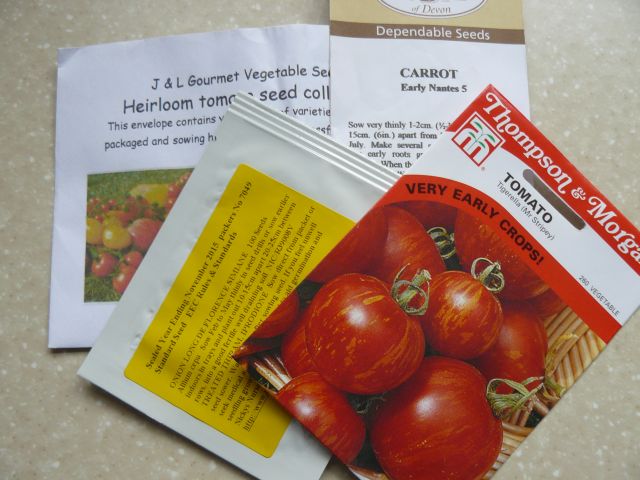