You may know that ground elder is edible. You may well have heard the oft-repeated snippet that the Romans brought it to Britain to grow as a vegetable. But do you actually eat the stuff? This is a plant that divides opinion, with enthusiastic foragers declaring it delicious and many first-time weed-eaters wondering what all the fuss is about, and perhaps put off trying other wild foods that might be a bit more trouble to gather. This is a shame.

If you’ve tried ground elder and found it distinctly underwhelming, it’s possible that cooking it differently might change your opinion. I’ve been using it as a herb for some time. To me, the young leaves taste like mild parsley and that’s how I’ve been using it, in small quantities as a seasoning. Only the youngest leaves are really tender; they can get quite tough as they get older. This does not make for a very enticing vegetable.

However, thanks to a tip from Mina of Msitu, I now know that the slightly older and considerably larger leaves can be made quite delicious by cooking in butter. Suddenly, ground elder becomes a useful vegetable.

But wait… there’s more! I chanced upon a comment in passing: “Usually, only the stalks are used.” Really? I’ve never used the stalks before – I wouldn’t have thought of it. By this time of year, though, there’s quite a lot of stalk, and it could be seen as rather skinny celery. I’ve heard ground elder compared to celery before and found it puzzling as the leaves don’t taste at all like celery to me. Perhaps it was the stalks that people meant?

They certainly are stringy, but then, so is celery. They’re also thin, but if you have a decent patch (ground elder grows under a hedge in my garden, where I can’t dig it up) it doesn’t take many minutes to pick a sizeable handful. 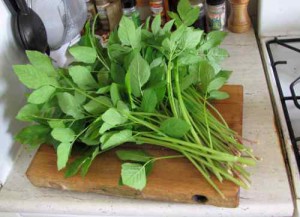 As a first experiment, I used it as a substitute for celery in soup, and that worked pretty well. It doesn’t taste quite like celery, but it’s that sort of thing. I also tried cooking some in butter for about five minutes before adding to noodles. That was a bit stringy, but tasted good. Maybe ten minutes cooking would be better. Here’s my recipe for a simple smooth ground elder soup (you’ll need a blender). The focus here is on the main ingredient, but there’s plenty of scope for varying this to suit your own taste.

Cut the onion finely and chop the ground elder into approx. one inch lengths. Heat the butter or oil in a saucepan and add the chopped vegetables. Cook over a low to medium heat to soften for about ten minutes, stirring occasionally. While these are cooking, peel the potato and dice into cubes of approx. one inch. When the veg have softened but not browned, add the water (or stock) and potato pieces, and bring to the boil. Cook for another ten minutes or so until the potato is tender, then whizz up in the blender. At this point you might like to add salt and pepper to taste, perhaps a splash of milk or cream, maybe a little more water or stock if it’s too thick. Nutmeg might be nice. I’ve just had a bowlful with Parmesan cheese sprinkled over it, which went well.

Do you have any other uses for ground elder? Are there other wild foods that you’ve found disappointing, that might benefit from a bit of know-how in the preparation? Perhaps you have that know-how! Do share in the comments, please. 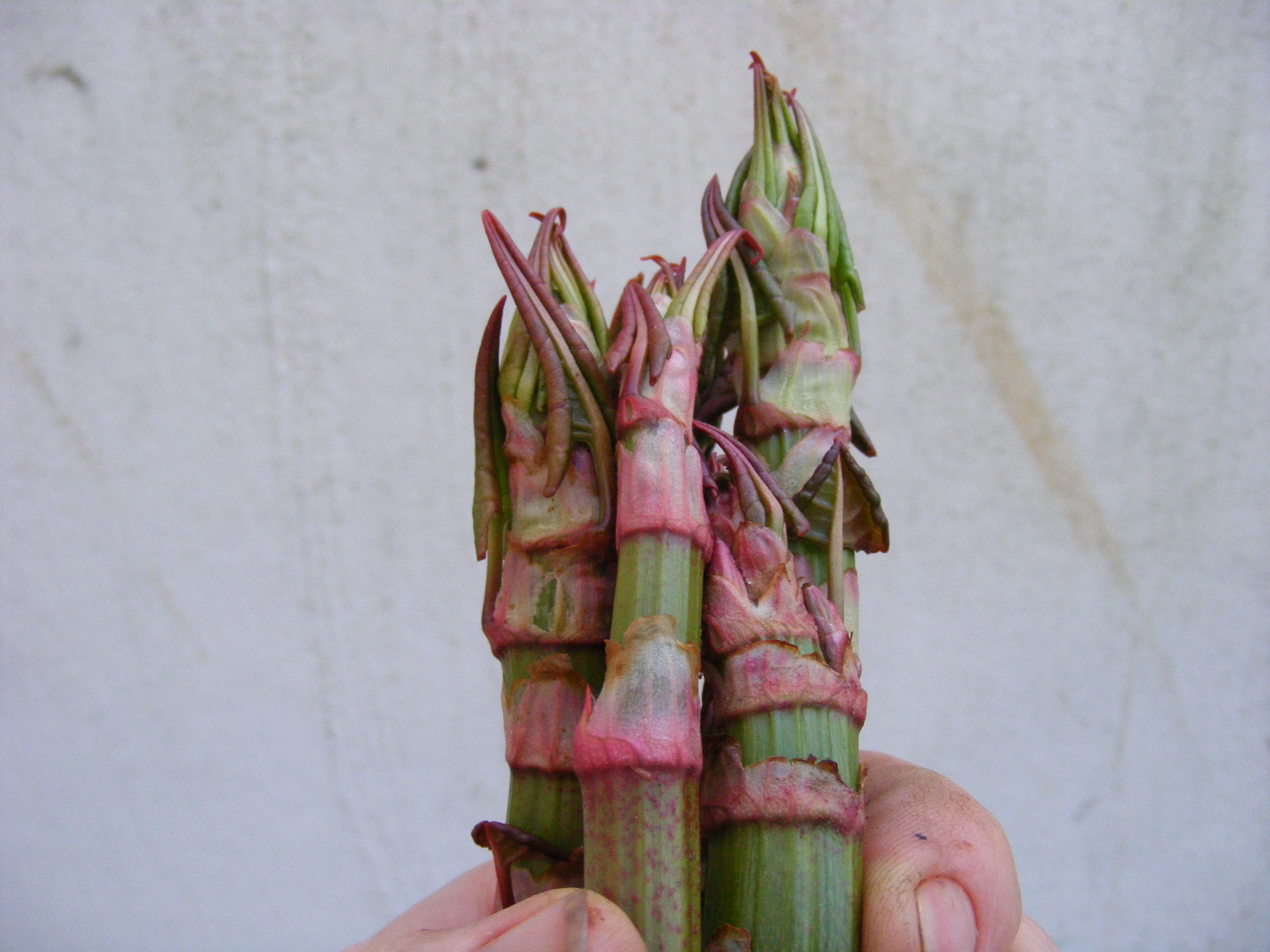 2 Comments on Ground Elder: The weed that keeps on giving